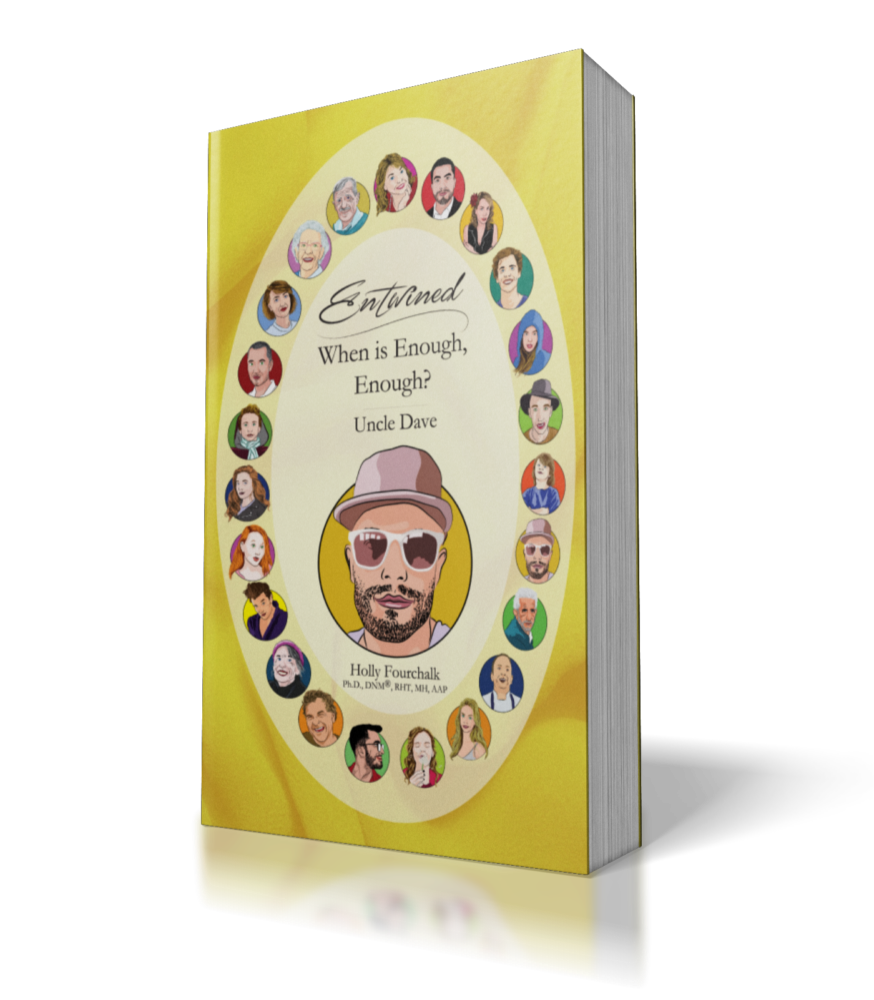 When is Enough, Enough?

Uncle Dave was married to a woman with psychological challenges that resulted in a very unhealthy marriage. He attempted various ways to resolve the marital issues, including going to therapy, to no avail.

To be a good husband, he needed to abide by his vows, ‘for better or worse’, so he could not leave his wife. Yet, he found it increasingly difficult to stay in the marriage.

Was he respecting himself by continuing to allow the marriage to destroy him? Was he enabling an unhealthy relationship? What were the consequences of leaving versus staying? How did one make that kind of decision?

Follow Uncle Dave’ internal journey as he came to his decision.

BACK OF THE BOOK 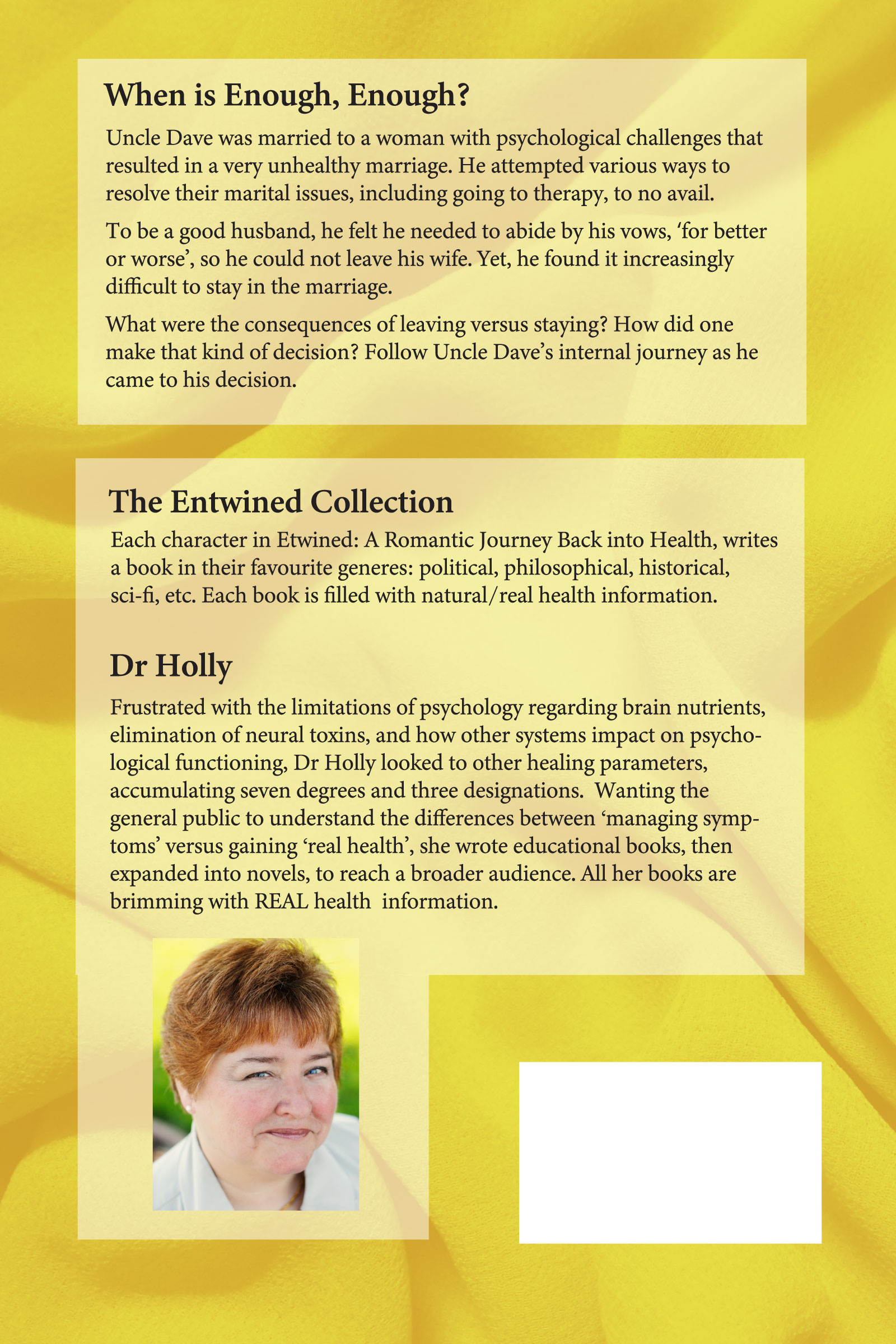